A new book tells the story of the man at the top of Leicester City Football Club during its first big spell in the Premier League.

Minding My Own Football Business is the story of Barrie Pierpoint, Leicester’s first chief executive in the 1990s.

He was one of the people who helped save City from administration and helped lay the foundations for the following two decades that would see Leicester go on to be crowned 2015/16 Premier League champions.

The book – out on December 7 – lifts the lid on events such as what defender Pontus Kamark said to Middlesbrough player Juninho while he man-marked him in the 1997 League Cup Final, right through to the Leicester player who apparently waved a loaded gun at his teammates.

Pierpoint – now a business consultant – said it was also a chance for him to give his take on how the club’s fortunes were rescued on and off the field coaching and business decisions that culminated in four successive top 10 Premier League finishes in the late 90s.

Pierpoint said there are three key themes in the book, which has been written for him by ghost writer, football novelist and City fan Mathew Mann.

He said: “It’s a football story and we’ve got some wonderful contributions from the likes of Steve Walsh, Emile Heskey, Brian Little and Tony Cottee, people that were vital to The Foxes success on the field in the 90s.

“Then we have the business and marketing side, such as the establishment of The Foxes brand, The Carling Stand and Family Night Football, all of which was vital in saving the club from the brink of 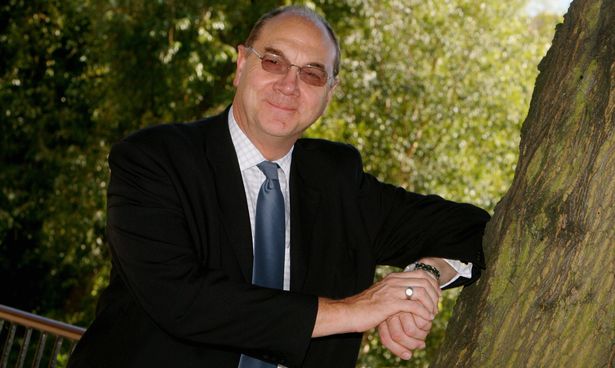 “And finally, it’s a human story, the people, the goings-on behind the scenes, it’s a celebration of mine and others’ times there.

“Of course, Leicester City is a massive commercial entity nowadays, and its presence and reach has expanded worldwide with the successes enjoyed in recent times.

“I’d like to think this book can help younger fans and new ones worldwide understand more about the club they love and support most passionately.”

Pierpoint, who also been involved at Portsmouth and Bradford and now operates as a business mentor, is perhaps best known at Leicester for a bitter board dispute that led to his exit in January 2000.

He said he wanted the book to set straight the infamous “gang of four” spat and the reported fall-outs with manager Martin O’Neill, which he does not want to overshadow the overall story being told.

“The fact is, myself and Martin O’Neill never had any problems and I was really appreciative of the work he did on the pitch.

“There was a lot of false reporting at the time that led to some dark periods of my time at Leicester.

“In that sense I do get to set the story straight, but this is more a light-hearted, nostalgic look at a football club that defied the odds, told by those that were there.

“Former directors, players, managers, staff, journalists and supporters have contributed to this book, which gives us a remarkable view of a fantastic era through their various lenses.”

During his time at Leicester he played a part in transforming and developing a loss-making business, which, within 10 years, went from a turnover of £2 million to £24 million.

He also oversaw a stock market flotation – although today the club is in private ownership, owned by the family behind the Thai King Power duty free empire.

Post-Leicester, his association with football and the sport continued, with roles as chief executive of Portsmouth Football Club from 2000 to 2001, interim chief executive of Bradford City – where he restructured the company and oversaw the development and launch of a new £9 million stand – and as acting chief executive for a consortium at Boston United.

Former club captain Steve Walsh said the book was a chance to reflect on some of the fantastic highs experienced in his 14 years at The Foxes.

He said: “Barrie was a flamboyant character, with his big cigars, flash suits and multi-coloured glasses, but what most stood out was his vision for Leicester City.

Whether you are a celebrity in need of a ghostwriter, an experienced author looking for a traditional publisher, or someone who wants our complete writing and publishing package, Morgan Lawrence can help.